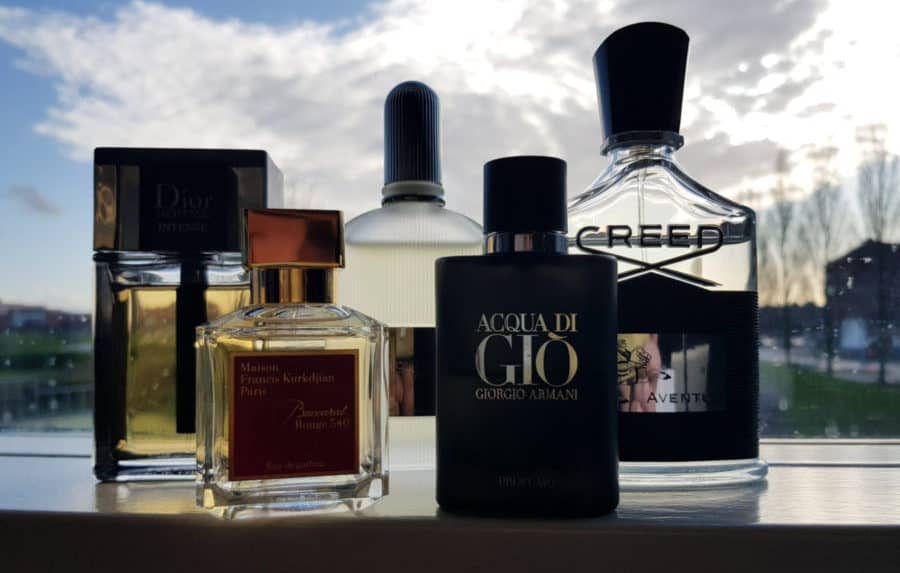 Every fragrance collector will encounter this problem; your fragrance doesn’t smell like it used to. But how does this happen? And are there ways to prevent a fragrance from losing its scent? I decided to find out.

Why do fragrances lose their smell? There are many reasons why a fragrance can lose its smell. It could be stored incorrectly, it could be really old, thus the top notes have evaporated, or the fragrance could have gone bad. If you’re wearing a fragrance and it loses its scent, it could be because of nose fatigue or the performance of the fragrance isn’t too good.

There are a few reasons why a fragrance can lose its scent. It’s a shame if you’re fragrance loses its scent, as it can easily be prevented. In this article, I go over all the tips on how to prevent your fragrance from losing its scent!

How Can You Prevent A Fragrance Losing Its Scent

Preventing a fragrance form losing its scent can be quite simple. The most common reason why fragrances lose their scents is that they’re stored incorrectly. Fragrances are a liquid, consisting of alcohol, water, and fragrance oils. These oils all work together to create the scent you know and love. However, the outside elements have an influence on these oils and can destroy them if they’re not taken care of correctly.

One of the worst contenders is warmth. Whether it’s coming from the sun or from your steamy shower, warmth is not good for a fragrance. The difference in temperature actually breaks down the fragrance oils, making the fragrance less strong or altering it completely.

Best Places To Store Your Fragrance

Instead, store your fragrance in a cool, dry place. Keep them out of the sun’s rays and in a room where the temperature won’t change too much. Some great places are cabinets or drawers, but a cool, shady corner in a room will do fine as well. You could even take it a step further and store them in their original box. This blocks out most of the outside elements, truly protecting your fragrance.

Of course, this will be a hassle when you want to apply your fragrance, so it’s up to you how far you want to go. Just keep in mind to not store them in warm places and you’ll probably be good to go. 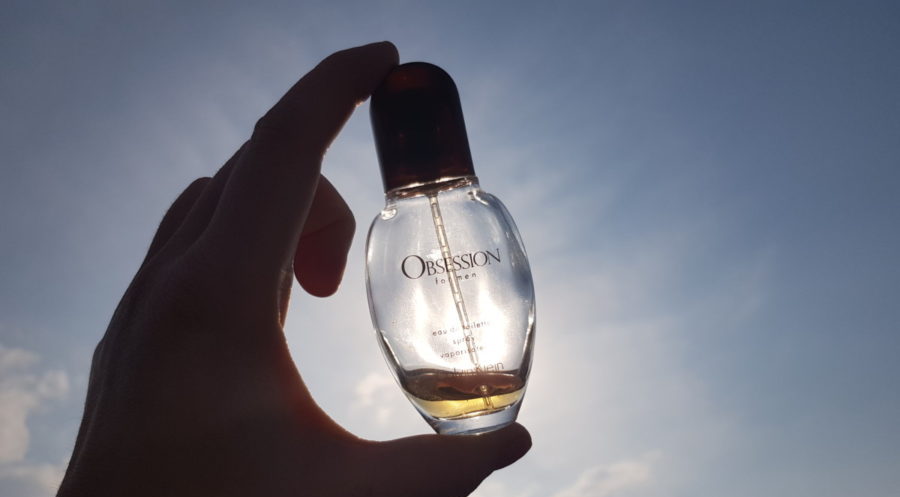 No matter how well you take care of your fragrances and store them in the best places, a fragrance will evaporate eventually. This is for the simple reason that a fragrance is a liquid. Now, the evaporation will be very, very slow, and for most people, it will go unnoticed. But for the people under us with large fragrance collections, this can become a problem.

I, for example, have an 8-year-old bottle of Calvin Klein Obsession. I also own a bottle of the same fragrance that I purchased just a few months ago. When you smell these side by side, they’re noticeably different. The 8-year-old bottle has a much darker, denser scent when compared to the lighter, more recent bottle.

The reason for this is because the top notes of the fragrance have evaporated. A fragrance consists of 3 ‘layers’, the top notes, the middle notes, and the base notes. The top notes usually make the opening of a fragrance. This is the scent that you’ll smell when you first spray this on. This layer of notes is the first and the weakest. These are at the top, so when a fragrance starts to evaporate, these notes are the first to go. This, however, won’t be a problem if you don’t have that many fragrances. If you own a couple, odds are you finish the bottle before the evaporation process actually changes the scent.

The evaporation of the top notes isn’t always a bad thing, though. I actually prefer my 8-year-old bottle over the newer one, purely because of the rich, intense scent it now has. Still, though, this evaporation is a reason why some fragrances lose their smell over time. There really is no fantastic way to prevent this, however, the best measure you can take is to store them correctly.

It is often claimed that fragrances have a shelf life of about 5 years, but as I said above, I have an 8-year-old bottle of Calvin Klein Obsession which still smells great. Most people won’t really encounter a fragrance going bad. If you have up to 10 fragrances and wear them every day, chances are that you’ll finish your bottles before they go bad. And if a fragrance does go bad, you’ll definitely notice it. They don’t smell nice, to put it lightly.

How Do Fragrances Lose Their Scent When You’re Wearing Them

Not only will fragrances lose their scents when you store them incorrectly, but also when you wear them. Luckily, this is meant to happen. Fragrances, after applied, disappear after a period of time. How long they will linger around depend on a few things.

First is, of course, the way you store them. We’ve been over this already, but if you store a fragrance incorrectly, the scented oils will be damaged or destroyed, making a fragrance last a shorter amount of time.

Another factor is the performance of the fragrance. Not every fragrance has the same performance. Usually, fresher fragrances will disappear much faster, due to the light ingredients that are used. Sweet fragrances, on the other hand, use much denser and strong notes, which will linger around longer. Something like Viktor & Rolf Spicebomb Extreme, a sweet and spicy fragrance, will last much longer than something like Le Labo Bergamote 22, a citrus-based fragrance.

One more thing to know is that sometimes, your nose can play tricks on you. This is often called nose blindness, but a more official term is olfactory fatigue. This is basically your nose going ‘blind’ on you. If you spray on a fragrance near your nose, you will smell it the whole time and your nose keeps on working to bring you the scent. After a long while, your nose and brain start to filter out that scent, your senses are adapting, at which point you’ll no longer smell the fragrance.

Nose blindness doesn’t only go for fragrances, though. It goes for pretty much everything, from wine tasting to the scent of your own home. This nose blindness, however, is often the reason why some people say a fragrance has bad performance. Their nose is actually filtering out that scent, but it’s still there and the people around you still smell it!