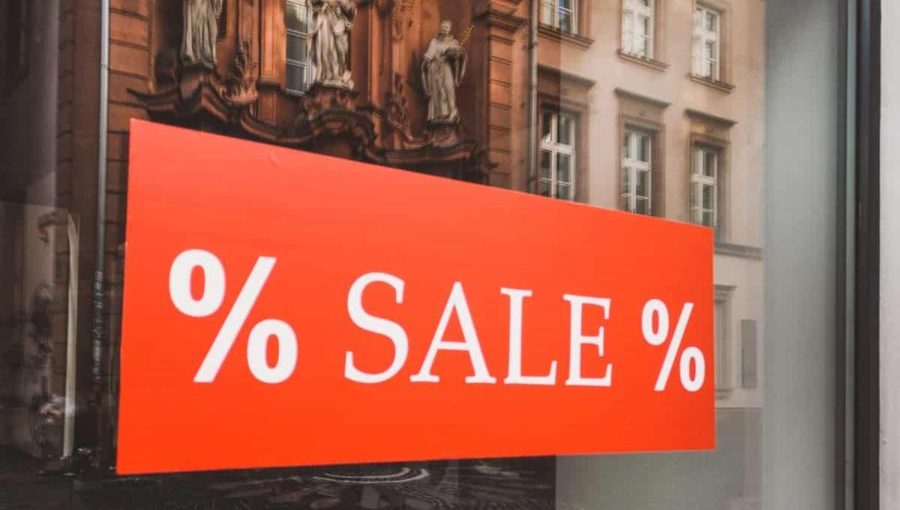 Fragrances can be quite expensive, especially when you have multiple different ones. So it might be better to wait for them to go on sale.

So should you wait for your favorite fragrance to go on sale? Or are there other ways to get them at a cheaper price?

Fragrance Brands That Go On Sale

Some fragrance brands I often see on sale are Calvin Klein, Davidoff, Joop!, and a bunch of brands that aren’t known for their fragrances.

Fragrance Brands That Don’t Go On Sales That Often

Like I discussed above, there is a reason for the more expensive fragrances to not go on sale that often. As you can imagine, a 40% discount on a bottle of Creed Aventus can cost the company around $140 per person. And of course, many people will buy a 40% discounted Creed fragrance.

But Creed isn’t the only fragrance house with expensive fragrances. Fragrance houses like Tom Ford also have some expensive ones. The Private Blend line can cost you around $200+ per 50ml bottle, which is really expensive, even compared to Creed fragrances.

Should You Wait For A Sale?

Waiting for a fragrance to go on sale might be tempting, but if you really want the fragrance, it might not be worth it. The fragrances that do go on sale are usually pretty cheap already, so you’ll end up saving only a few bucks.

But sometimes waiting for a sale might be worth it as well. Physical stores like Sephora or Nordstrom, for example, have sales going on all the time. These might be small, but sometimes they have some really nice ones on sale. It definitely won’t hurt to check it every now and then!

But generally, waiting for a sale or just purchasing the fragrance comes down to you. Do you want the fragrance right now, or can you wait? You should keep in mind that the fragrance you want might not be on sale for a long time.

Physical stores aren’t the only places that sell fragrances. Although they make up for quite a large chunk of fragrance retailers, the majority of the sellers are online.

But you can almost always find some type of discount on an online store. This could be the online store of the department store, or just on a perfume store. Discounts on online webshops are much more common and they usually have way more fragrances on a discount.

Online stores like Amazon also sell fragrances. These fragrances are usually a bit cheaper than the ones in physical stores. That really goes for most online retailers. Amazon also has a lot of different sellers, all having different prices. Just make sure you get one that sells the real fragrance and not a fake. Although it is quite rare that you buy a fake one, it never hurts to be sure.

Another great place to go are the so-called ‘discount stores’. These online stores sell their fragrances for a nice bit cheaper than most online retailers. They are able to do this because of where they purchase their fragrances.

These discount stores get their fragrances from other countries, where the fragrance is a whole lot cheaper. They then sell them to us for a lower price when compared to other stores, but still at a price where they make a lot of money.

The one downside to these stores is that there are a lot of fakes ones out there.

Watch Out For Websites That Sell Fake Fragrances

Like I mentioned above, there are quite a bunch of websites selling fake fragrances.

These fake sellers don’t limit themselves to only discount stores, sadly. Sometimes, a seller on Amazon sells fake fragrances or watered down fragrances just to make a little more money. I wrote another article on this topic, which you can find here: Are Fragrances On Amazon Real?

There are also quite a lot of websites out there selling fake fragrances. I recommend that you look up the website, maybe read some reviews about the site, and to make sure it is a legit seller.

If you want to play it safe, the best thing to do is to just buy the fragrance from a department store. These are always legit. Even though the risk of getting a fake one on a site like Amazon is pretty slim, a risk is a risk.

link to Why Perfume Doesn't Last On You - A Detailed Guide

We all love our perfumes; it’s the epitome of perfection and the best way to round off our outfit for the day or evening. We line our dresser with our favorite scents and are always on the hunt for...

Continue Reading
link to Do You Spray Perfume On Clothes Or On Skin?

Applying perfume has always been a big talking point. We all have our own routines, but one thing that's commonly asked is this; do you spray perfume on your clothes or your skin? You can spray...