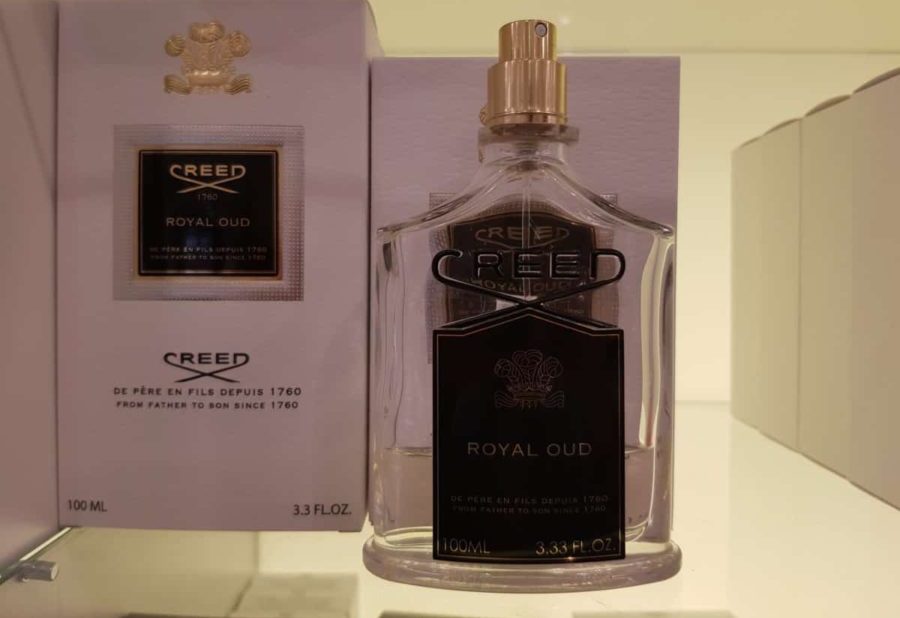 The Scent Of Creed Royal Oud

Creed Royal Oud is a fantastic fragrance by the house of Creed. This fragrance was inspired by the luxurious elements of Persian palaces. Think of gold, wood, leather, and marble. This luxurious vibe is also found back in the fragrance.

The scent of this fragrance is a fantastic take on a traditional oud fragrance. This time though, the oud is much more subdued, making for more of a woody, spicy fragrance. This fits just in line with the luxurious vibe and inspiration.

The top notes of Creed Royal Oud are lemon, pink berries, and bergamot. The middle notes are cedar, galbanum, and Angelica roots. The base notes are sandalwood, oud, and Tonkin musk.

What we see with these notes is that Creed Royal Oud starts off quite fresh. This then dries down to a fantastic woody, spicy scent. This fragrance will be best worn during the colder months. The woody, spicy scent just doesn’t go too well with the warmer days. You can, however, wear this fragrance to formal events. It would fit really well when worn to a formal event, or during the winter.

There are a lot of expensive fragrances on the market. The high price tag of them contributes to many people not purchasing and enjoying those masterpieces. That’s why some companies decided to recreate these popular, expensive fragrance and sell the clones for a cheaper price.

These clones are just alternatives to the original fragrances. They are no replacements. Although there are many clones these days that are extremely similar to another fragrance, they’re still not the exact same.

Purchasing these clones can be a fantastic way to try out a certain scent. Now, of course, the original fragrance will differ a bit, but you can still get the basics of the fragrance. You can test how you like the scent and what others around you think of it. All while you’re only paying a fraction of the price!

Scent: Lomani Intense Black is probably the closest clone of Creed Royal Oud. The scent of this fragrance starts of just as Creed Royal Oud does. There is little difference. You get the same fresh, citrusy opening. After that, it dries down to this incredible woody, spicy scent with a lot of warmth in there.

Notes: The top notes of Lomani Intense Black are Calabrian lemon and Italian bergamot. The middle notes are cedarwood, galbanum, nutmeg, and herbal notes. The base notes are Indian sandalwood, oud, white musk, and incense.

Why it is so similar: Lomani Intense Black is like I mentioned above almost the exact same. However, it still is an alternative, not a replacement. That being said, if you want an affordable version of Creed Royal Oud, this might be the one for you. This fragrance opens almost exactly the same, with a dry down that is also hard to differentiate from the original. Besides that, this fragrance is very cheap compared to Creed Royal Oud. If you’re interested, you can check out the current price over here on Amazon!

Notes: The top notes of Alexandria Royalty are lemon, pink pepper, and bergamot. The middle notes are cedarwood, galbanum, and angelica. The base notes are musk, oud, and sandalwood.

Why it is so similar: Alexandria Royalty comes very close to Creed Royal Oud. There are only a few differences. First, Alexandria Royalty is a little more citrusy and doesn’t have the same tobacco dry down. Other than that, these two fragrances come really, really close. And the main benefit of this fragrance is that it is only a fraction of the price. If you’re interested, you can check out the current price over here on Amazon!

Creed Royal Oud doesn’t have that many real clones. The two above are the two that come the closest. However, there are other fragrances with a very similar scent and vibe. These are no clones, just alternatives.

That being said, the fragrances listed below have a slight difference in scent when compared to Creed Royal Oud. They do, however, have a very similar outcome. They’re great alternatives with a slightly different scent.

Scent: Gucci Pour Homme II is basically a more refined version of Creed Royal Oud. It is a very wearable, comforting fragrance with a unique scent. In this fragrance, you get a soothing vibe from the black tea note in there. This gets enhanced by a sweet and spicy cinnamon. This combination creates the same type of rich scent that is found in Creed Royal Oud.

Notes: The top notes of Gucci Pour Homme II are bergamot and violet leaves. The middle notes are pimento, black tea, and cinnamon. The base notes are tobacco leaves, musk, myrrh, and olive wood.

Why it is so similar: Gucci Pour Homme II comes very close to the overall vibe and scent of Creed Royal Oud. It is basically a more refined, softer version of it. This created a very nice, yet similar fragrance with the same sort of rich, spicy, woody scent found in Creed Royal Oud. Although this is more of an alternative, it is a great one to go with. If you’re interested, you can check it out over here on Amazon!

Scent: Amouage Memoir Man is a fantastic fragrance with a very similar scent and vibe to Creed Royal Oud. This fragrance has a similar type of vibe that takes you back to the old days. You think of riches, leather, gold, and things of that nature. The scent you’re getting is a mixture of woodiness and spiciness, creating a fantastic alternative for Creed Royal Oud.

A Way To Get The Original A Little Cheaper 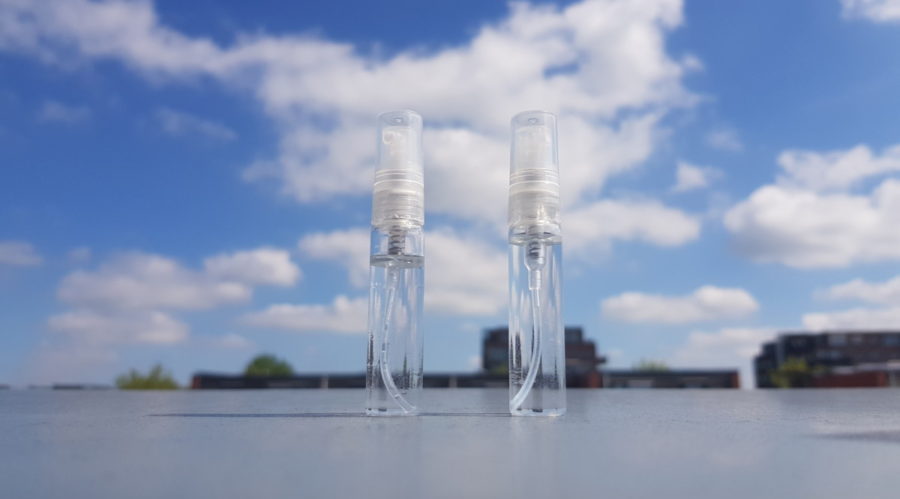 The main reason why you would want to purchase a clone of another fragrance is that they’re usually a lot cheaper. Creed fragrances are known for their high price. This high price is also the reason why many people never get their hands on the original scent. Rather, they go for a clone of the fragrance. And this by no means bad, but it isn’t the original.

When you purchase a decant, you can choose from a bunch of different sizes. Common ones are 5ml and 10ml, but you can even go up to 30ml. You’ll then receive a bottle that is filled up with the original fragrance, in this case, Creed Royal Oud.

Purchasing these decants is a fantastic way to save some money while still getting the original fragrance. If you want to read more about fragrance decants, you can read another article I wrote about decants and why you should get them over here!