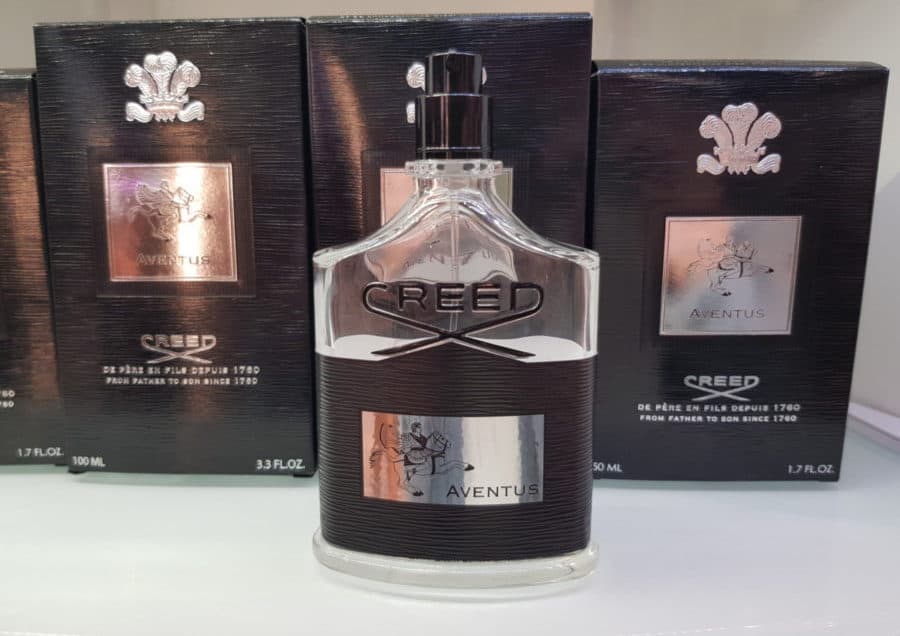 You have probably heard of Creed Aventus at least once. Even if you’re just new to fragrances, it is difficult to not hear this name when people talk about their favorite fragrances.

Why is Creed Aventus so popular? Creed Aventus is regarded as one of the best fragrances on the market. This is mainly due to the fantastic scent and the huge amount of attention it got. This attention kind of snowballed to become bigger and bigger every day. Even a few years after its release, it is still regarded as one of the best fragrances. It even inspired many companies to create a similar smelling fragrance to tap into the hype.

But how did all these factors contribute to this massive success? In this post, we’ll take a deeper look into the success of Creed Aventus!

Creed Aventus Is One Of The Best Smelling Fragrances

When Creed first released Aventus, it was somewhat overlooked. At least, it didn’t get nearly as much attention as it had nowadays. Although it still had the same fantastic scent, it needed some time to really establish itself as one of the best fragrances on the market.

When you compare that to nowadays, there is a massive difference. It is hard to find someone who hasn’t heard of this fragrance. Even people who aren’t really into fragrances have at least heard of Creed Aventus.

For a fragrance to become such a success, it has to have a fantastic scent. And that is what you’re getting with Creed Aventus. The scent is often described as masculine, fresh, musky, and woody. Combined, these aspects create this fantastic scent.

This fragrance was inspired by Napolean, celebrating his success, strength, and power. With this in mind, the perfumer Olivier Creed created a fragrance that projected this strength and success using ingredients that are linked to the emperor.

The note breakdown is as follows: The top notes of Creed Aventus are bergamot, blackcurrant, apple, and pineapple. The middle notes are pink berries, birch, patchouli, and jasmine. The base notes are musk, oakmoss, ambergris, and vanilla.

The top notes provide this fragrance with a fantastic freshness, as well as a slight sweetness. The bergamot gives this fragrance a nice, citrusy freshness, where the pineapple, apple, and blackcurrant add a sweet, fruity touch. These notes are balanced perfectly to give you an initial, fresh opening that provides you with a nice, fruity touch as well.

In the middle notes, you can see the use of birch. This birch adds the initial woodiness to the fragrance. Besides the woodiness, the jasmine and patchouli also add a nice layer to the fragrance. A nice, floral touch, as well as a sweet, green touch of the patchouli.

The base notes provide the musky, sweetness. With the use of vanilla, musk, oakmoss, and ambergris, you get a nice, musky, base that makes sure the fragrance projects nicely and for a long time. The nice sweet touch of vanilla, combined with the beforementioned birch create a nice, masculine, yet sweet scent.

Overall, the scent of this fragrance is fantastic and well deserving of the praise. Without this amazing scent, Creed Aventus would have never become what it is now.

The Impact Influencers Had On This Fragrance

When this fragrance started to get some momentum, many fragrance influencers picked it up. Big YouTubers praised this fragrance, introducing the mainstream to this masterpiece.

When large YouTubers praise this fragrance, you’re sure to see an increase in its popularity. This hasn’t only happened for Creed Aventus. There are many fragrances that have been mentioned by large influencers, only to gain a bunch more popularity.

To this day, the only real thing holding people back from purchasing this fragrance is the price. Some people just don’t want to give in to the hype. They aren’t a fan of the attention it gets and finds it to be a boring fragrance to go with.

But most people find the price to be too high. Creed has always had high prices, but ever since the popularity started to rise, the prices rose with it. Although it didn’t rise by much, making an expensive fragrance even more expensive can be a turn off when you’re on the fence about purchasing this fragrance.

Creed Aventus is still one of the most popular and sought after fragrances. Even after its introduction in 2010, it still is one of the best. Despite the rising prices and the fact that more and more people are wearing it, it hasn’t lost any of its popularity.

In fact, Creed Aventus is such a beloved fragrance, that many other fragrance houses have made a similar fragrance. Some houses are actively trying to recreate the fragrance, while others use the scent as its base and expand a little upon that.

If you want to learn more about these clones, and would like to see the best ones, you can read this article I wrote: What Are The Best Creed Aventus Clones?

In this article, I go in depth on a few fragrances. Some are actually really similar, while others are more of an homage towards Creed Aventus.

The Hype Around This Fragrance

Like I mentioned before, Creed Aventus had a lot of hype around it. Especially when it was first starting to get some traction. However, now that is has been a good few years since the release, it is safe to say that Creed Aventus is still one of the most popular fragrances.

Creed Aventus had an impact on the fragrance world, unlike any other fragrance. Of course, there are other fragrances that have been around and have been popular for many years now. Even another Creed fragrance, like Creed Green Irish Tweed, has been a very popular and even older fragrance.

However, there really aren’t any other fragrances that have been as popular as Creed Aventus.

Despite all the positive things surrounding its popularity, it has also caused a negative effect. Creed Aventus is a very popular fragrance, thus many people are taking advantage if it. Many people are selling what they call a ‘real Creed Aventus bottle’, but in reality, they sell a counterfeit.

Creed Aventus has become one of the more popular fragrances that people use to scam others.

The Impact Creed Aventus Had On The House Of Creed

Creed has always been a fantastic fragrance house with many amazing releases. However, with the massive success of Creed Aventus, it is safe to say that Creed has gotten much more attention.

Although it is hard to say if the release of Creed Aventus contributed to more sales of Creed fragrances in general, it is safe to assume that the house of Creed gained much more attention, leading to more overall sales.

Creed did try to overthrow its own fragrance. With the release of Creed Viking, they tried to make this the next masculine fragrance and the next massive Creed success. However, Creed Aventus did manage to keep the throne. Although Creed Viking is a fantastic fragrance with a lot of fans, it did not manage to become the next main Creed fragrance for men.