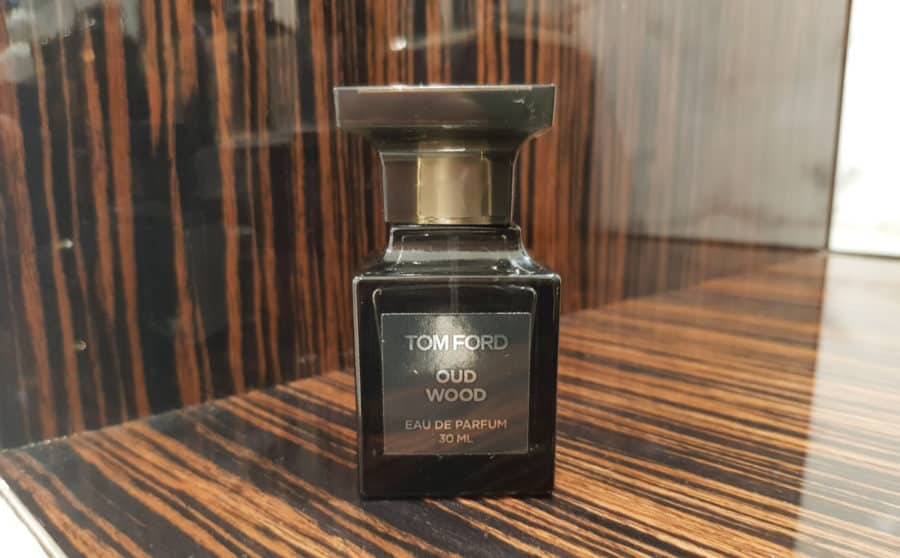 Tom Ford Oud Wood opens with a truly stunning scent of warm woods and some spices. This immediately creates a luxurious and classy scent that sets the tone for the remainder of this fragrance. Shortly after the opening, a light and soft scent of oud is added. Naturally, oud can be quite strong and daring, but in this composition, it’s done in an incredibly likable and easy to wear manner.

When this fragrance starts to dry down, some sweet hints of vanilla and tonka bean can be noticed, blending in beautifully with the rich and warm scent of woods and oud. Overall, this is a truly fantastic fragrance with a luxurious and up-scale scent.

Due to the warmer scent, this fragrance is best worn during the colder months. Here, you can wear this either casually or formally, as there’s really no going wrong with this one. You’ll always appear confident and classy when wearing this fragrance. If you’re interested in the original Tom Ford Oud Wood, you can check it out over here on Amazon!

There are many fantastic fragrances in this world and some are a little more expensive than others. Tom Ford Oud Wood, for example, is quite expensive and that sadly deters people away from this beautiful fragrance.

Luckily, there are often clones of the more expensive fragrances, allowing you to wear a similar type of scent without having to pay the high price of the original. These clones, however, are no replacements but merely alternatives. However close they may come to the original, they’ll never be the same.

Even though they’ll never be the exact same, they can give you a similar type of scent. This way, you can see how the scent will fit you and from there you can decide whether or not the original is worth it.

Scent: Versace Oud Noir is a fantastic fragrance with a soft scent of oud. This fragrance opens with a spicy scent that’s both soft and rich. Hints of pepper and cardamom are noticeable, as well as the note of saffron. Shortly after the opening, the note of oud starts to come through. The oud is done in a fairly soft and light manner, making it not at all overpowering. When this fragrance starts to dry down, some subtle hints of woods and sweetness comes forth.

Notes: The top notes of Versace Oud Noir are black pepper, neroli, and bitter orange. The middle notes are olibanum, saffron, and cardamom. The base notes are patchouli, leatherwood, and oud.

Similarities: Versace Oud Noir is a fragrance that’s not exactly the same as Tom Ford Oud Wood, but will come quite close. Both of the fragrances have a stunning opening of warm spices and both have that fantastic note of oud that doesn’t come across as overpowering. Even though they’re not the exact same, Versace Oud Noir is a much cheaper alternative with a very similar type of scent of vibe. If you’re interested in this fragrance, you can check it out over here on Amazon! 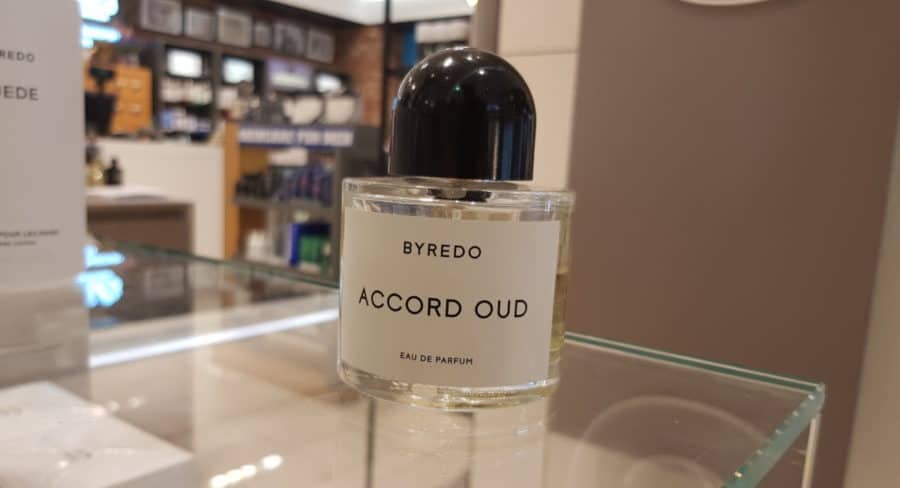 Notes: The top notes of Byredo Accord Oud are rum, blackberry, and saffron. The middle notes are clary sage, leather, and oud. The base notes are patchouli and musk.

Scent: Thameen Carved Oud is a gorgeous fragrance that opens with a rich scent of oud, supported by the note of guaiac wood. The note of guaiac wood has a woody, but also slightly green scent to it, giving the fragrance a fresher feel. Shortly after the opening, some more woody notes are added, blending in beautifully with the oud. In the dry down, a warm and slightly spicy scent of patchouli makes itself known, making for a fantastic finish to a fantastic oud fragrance.

Notes: The top note of Thameen Carved Oud is oud. The middle notes are guaiac wood and cedar and the base notes are musk and patchouli.

Similarities: Thameen Carved Oud is one of the closest fragrances to Tom Ford Oud Wood. Both have that beautiful scent of soft and inoffensive oud, but they also show of the beauty of the note. The only main difference between the two is that Thameen Carved Oud is a little fresher. Tom Ford Oud Wood has a warmer feel and that sweeter dry down that is missing in this one, but honestly, there won’t be that many people who’ll notice that. If you’re interested in this fragrance, you can check it out over here on Amazon!

Fragrance clones are a great way to try out a certain type of scent. However, they’ll never replace the original ones and, even though some come very close, they’ll never smell the exact same. Besides, with a clone, you won’t really have the feeling of authenticity.

Luckily, there is a way to get your hands on expensive fragrances for a little less. The way to do this is to purchase fragrance decants. A decant is basically a smaller bottle, usually 5ml or 10ml, filled up with the original fragrance. This way, you can still get the actual fragrance itself, but purchase it in a smaller amount for a much cheaper price.

Decants are probably the best way to add expensive fragrances to your collection. If you’d like to learn more about fragrance decants, where to purchase them, and how they’ll save you money, you can read this article I wrote here!