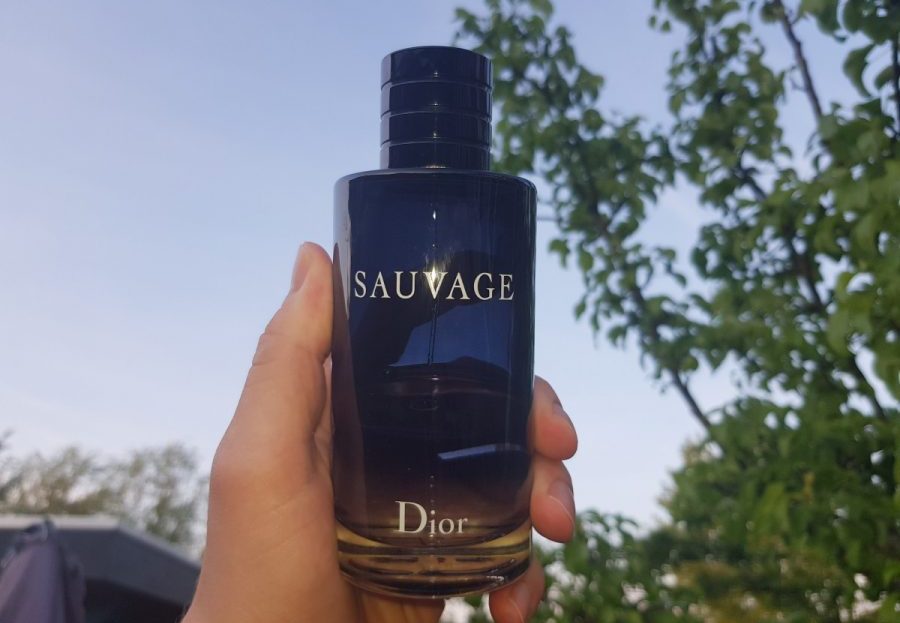 The Scent Of Christian Dior Sauvage

Christian Dior Sauvage is arguably one of the most popular men’s fragrances on the market. Ever since its debut in 2015, it has dominated the men’s fragrance world, and wit good reason. It smells absolutely incredible. This masterpiece was created by Francois Demachy and has Johnny Depp as the face of it.

The top notes of Christian Dior Sauvage are bergamot and pepper. The middle notes are pink pepper, elemi, patchouli, Sichuan pepper, vetiver, lavender, and geranium. The base notes are ambroxan, labdanum, and cedar.

This fragrance opens with a bright and fresh scent of bergamot and lavender. This creates a fresh and aromatic scent that sets the tone for the remainder of the fragrance. Shortly after the opening, a peppery undertone starts to present itself. This gives the fragrance an incredibly nice scent and adds a lot of depth to it as well. When this fragrance starts to dry down, the note of ambroxan makes itself known. Ambroxan is known for its strong, fresh, and extremely pleasant scent.

Christian Dior Sauvage is an incredible fragrance with a fresh and strong scent. Such a scent can be worn all year long, regardless of the season. On top of that, you can also wear this one pretty much whenever you want. It’s clean enough to wear to the office or any other formal setting, but also works amazingly in a casual setting. You can even wear this at night. It will be perfect for dates or nights out. If you’re interested in Christian Dior Sauvage, you can check it out over here on Amazon!

A fragrance clone is basically a recreation of a popular or expensive fragrance. These clones are often made by other companies and are made to smell similar to the original. Often times, these clones are much more affordable, which makes them so popular. With a clone, you can get a feel for the scent without having to pay a large sum of money.

Scent: Prada Luna Rossa Carbon is a fantastic fragrance with a fresh, spicy, and aromatic scent. This fragrance opens with a bright hint of bergamot, supported by a peppery edge. Shortly after the opening, some salty, almost aquatic notes start to appear, giving the fragrance an ambroxany feel. At this moment, you can also start to notice a metallic scent. This stays relatively soft but gives the fragrance a fresh and almost cold feel. When this fragrance starts to dry down, the actual note of ambroxan starts to appear, leaving you with a truly fantastic fragrance.

Notes: The top notes of Prada Luna Rossa Carbon are bergamot and pepper. The middle notes are coal, metallic notes, watery notes, soil, and lavender. The base notes are ambroxan and patchouli.

Similarities: Prada Luna Rossa Carbon is a great fragrance on its own, but it does share some similarities with Christian Dior Sauvage. Both open very fresh with bergamot and pepper and both have that beautiful ambroxan dry down. Prada Luna Rossa Carbon does have that aquatic quality to it that differs from Sauvage, but on all honesty, both are very similar to each other. If you’re interested in this fragrance, you can check it out over here on Amazon! 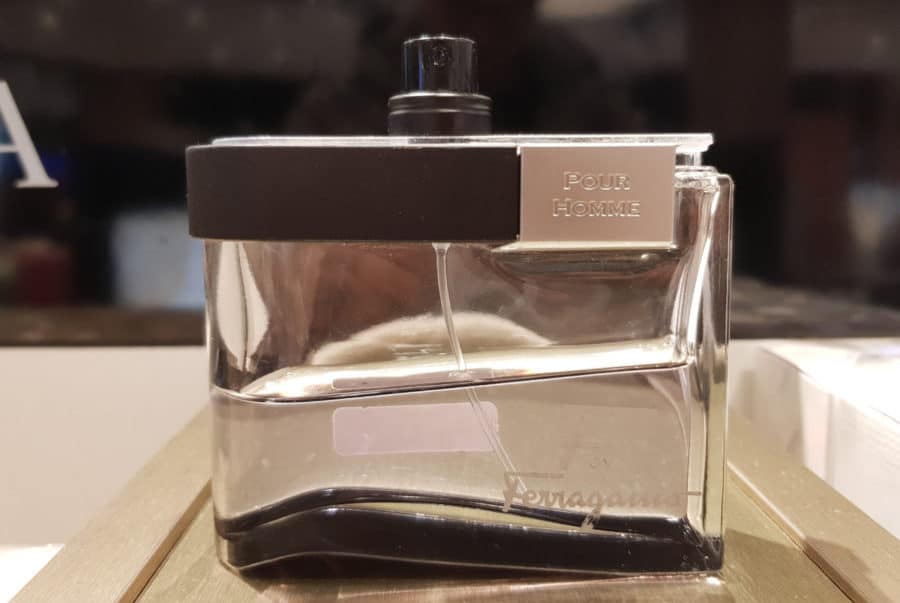 Scent: Salvatore Ferragamo F Black is an amazing fragrance with a spicy and aromatic scent. This fragrance opens with a blast of lavender and pepper, supported by the note of apple. After a little while, the peppery note becomes a little stronger and gives off a spicy scent. At this point, you can also start to notice the note of tonka bean. This gives off a creamy and sweet scent that blends in nicely with the apple, pepper, and lavender. Overall, you get a fantastic fragrance with an aromatic scent and spicy edges.

Notes: The top notes of Salvatore Ferragamo F Black are apple and lavender. The middle notes are coriander and black pepper. The base notes are tonka bean and labdanum.

Similarities: Salvatore Ferragamo F Black is quite close to Christian Dior Sauvage, however, there are a few differences. Christian Dior Sauvage does not contain the apple note in the opening, nor does it have that creamy tonka bean in the ending. Still, though, both fragrances have an amazing scent of fresh aromatic notes and both have that peppery edge. Even though this might not be an exact clone, it’s definitely in the same spirits as Christian Dior Sauvage. Only this one is a lot more affordable. If you’re interested in this fragrance, you can check it out over here on Amazon!

Scent: Zara Aromatic Future is a fantastic fragrance that opens with a beautiful scent of aromatic lavender. Added to the lavender is a peppery undertone, giving the fragrance a nice layer of depth. A little while after the opening, the note of ambergris makes itself known, This gives off a beautiful, fresh, and almost airy scent that fits in beautifully with the aromatic opening. In the end, you’re left with a fresh, peppery, and aromatic fragrance with a fantastic scent.

Notes: The top note of Zara Aromatic Future is black pepper. The middle note is lavender and the base notes are ambergris and vetiver.

Similarities: Zara Aromatic Future is very similar to Christian Dior Sauvage in almost every way. Both have a beautiful opening of aromatic notes and both have that spicy undertone of black pepper. Zara Aromatic Future also has the note of ambergris which replaces the ambroxan in the original Christian Dior Sauvage. Overall, these two fragrances are very similar. The only main differences are that the Zara one won’t perform as well and that it is much more affordable. Zara fragrances aren’t really sold online, so make sure to give this a try in a Zara store near you!

Scent: Versace Dylan Blue is a beautiful fragrance with a warm and fresh scent. This fragrance opens with a bright scent of citruses, supported by some aquatic undertones. Shortly after the opening, a warm scent of amber and ambroxan starts to appear, giving the fragrance a nice layer of depth. From here, you can also notice some peppery undertones, as well as a subtle touch of creamy tonka bean. In the end, you’re left with a truly beautiful fragrance that smells both fresh and warm.

Similarities: Versace Dylan Blue is the least similar to Christian Dior Sauvage, but it does make for a fantastic alternative. This fragrance has a similar freshness in the opening, as well as a warm ambroxan dry down. Versace Dylan Blue is a little more aquatic, though, but that makes it very approachable for any man. Overall, this isn’t necessarily an exact clone but more of an alternative to Christian Dior Sauvage. If you’re interested in this fragrance, you can check it out over here on Amazon!

How To Get The Original For A Little Cheaper

Clones can be a great way to try out a certain type of fragrance. However, a clone will never be able to replace the original and it will never give the exact same feel as you would get with the original. Luckily, there’s a way to get your hands on the original for a little cheaper.