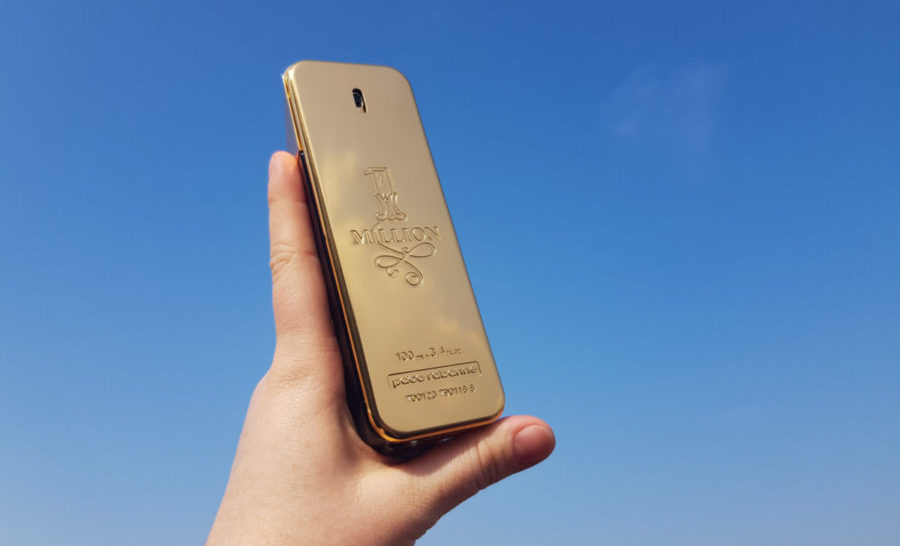 The Scent Of Paco Rabanne One Million

In 2008, Paco Rabanne launched what is now one of the most popular men’s fragrances, One Million. This fragrance was made by three perfumers, Christophe Raynaud, Olivier Pescheux and Michel Girard and comes in the iconic gold bar bottle.

The top notes of this fragrance are blood mandarin, mint, and grapefruit. The middle notes are cinnamon, rose, and spicy notes. The base notes are patchouli, amber, leather, and woody notes.

When you first spray this fragrance, you’re greeted by what some deem to be the best-smelling opening of any fragrance. Hints of sweet cinnamon and spices, paired with some warm woods and a fresh touch of mint and grapefruit make for a truly magnificent opening. Shortly thereafter, the citruses fade away a little bit, leaving behind that rich sweetness. This sweetness will continue on into the dry down, where it’s accompanied by a soft but noticeable touch of leather.

With a sweet scent such as this, it comes as no surprise that this fragrance is best worn during the colder months. The sweetness in this fragrance also has a candy-like feel to it, making it appear much more youthful and playful. This would be a great fragrance for a date or when you’re out clubbing for example. However, you can also wear it casually throughout the day as well.

Antonio Banderas The Golden Secret is one of the fragrances that smells most similar to Paco Rabanne One Million. In fact, this is more of a clone of One Million, and a great one at that.

The top notes of Antonio Banderas The Golden Secret are apple, green notes, and mint. The middle notes are cumin, nutmeg, and pepper. The base notes are leather, cedar, and musk. 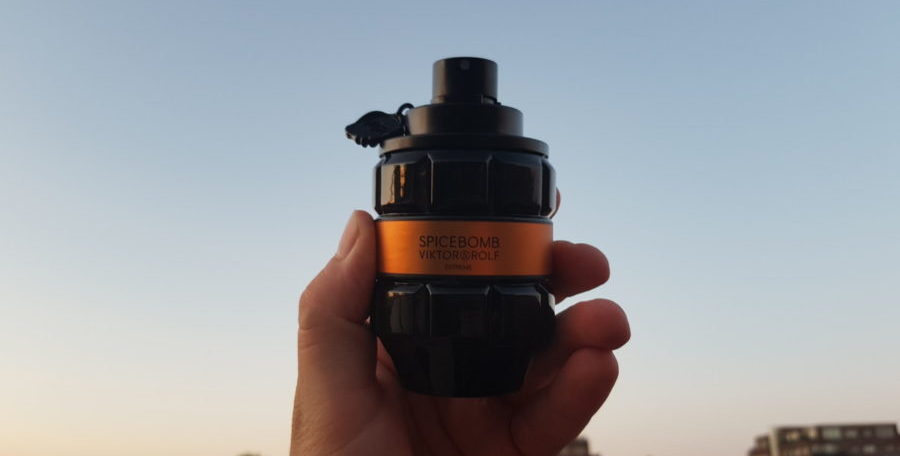 Viktor & Rolf Spicebomb Extreme is a truly stunning fragrance that’s in a similar trend as Paco Rabanne One Million. Both are very sweet and strong, but Spicebomb Extreme has a little bit of a spicier, more luxurious twist to it.

When you first spray this fragrance, you’ll immediately pick up a truly beautiful scent of sweet vanilla, supported by a strong dose of spices. The opening of this fragrance is different from what you’d find in Paco Rabanne One Million, but both are very sweet and extremely likable.

Shortly after the opening, a sweet scent of tobacco makes itself known, giving the fragrance another layer of sweetness. All in all, this fragrance has a beautiful scent of sweet vanilla, warm tobacco, and many warm spices. And even though the scent isn’t the same as Paco Rabanne One Million, both serve the same purpose.

Dolce & Gabbana The One is another fantastic fragrance in a similar trend to Paco Rabanne One Million. Once again, the two fragrances don’t smell the same but have a similar feel around them.

The top notes of Dolce & Gabbana The One are basil, coriander, and grapefruit. The middle notes are cardamom, ginger, and orange blossom. The base notes are cedar, amber, and tobacco.

Dolce & Gabbana The One opens with a warm scent of amber, supported by some fresh hints of grapefruit and basil. This immediately creates a warm and sweet opening that has some of those similar fresh undertones that can be found in Paco Rabanne One Million.

This fragrance, however, is more amber-based. Still, there’s a gorgeous sweet scent present that gives off a seductive and slightly playful feel. Every now and then, a waft of spices can be detected as well. In the dry down, a sweet scent of tobacco starts to appear, blending in beautifully with the amber from the opening.

Overall, Paco Rabanne One Million and Dolce & Gabbana The One are two different fragrances with similar niches to fill. Both will work great on younger men, both are great for dates and nighttime wear, and both are great for casual everyday wear. However, Dolce & Gabbana The One can also be worn by more mature men as it doesn’t have that strong sweetness.

The top notes of Armaf Tag-Him Prestige are bergamot, mint, and grapefruit. The middle notes are cinnamon, pepper, lavender, and blood orange. The base notes are white woods, vanilla, patchouli, and amber.

Just like Paco Rabanne One Million, Armaf Tag-Him Prestige opens with a sweet and fresh scent. Hints of grapefruit, mint, and blood orange immediately make themselves known, making for an extremely likable opening. After a little while, the fresh citruses start to fade away a bit, making the fragrance appear stronger and sweeter.

However, unlike Paco Rabanne One Million’s candy-like sweetness, you’ll get more of a vanilla sweetness. This smells a little warmer and creamier but still smells extremely similar to One Million.

Overall, Armaf Tag-Him Prestige is extremely similar to Paco Rabanne One Million and makes for a nice alternative. Only with this one, you’ll pay a lot less.

5. Emporio Armani Stronger With You 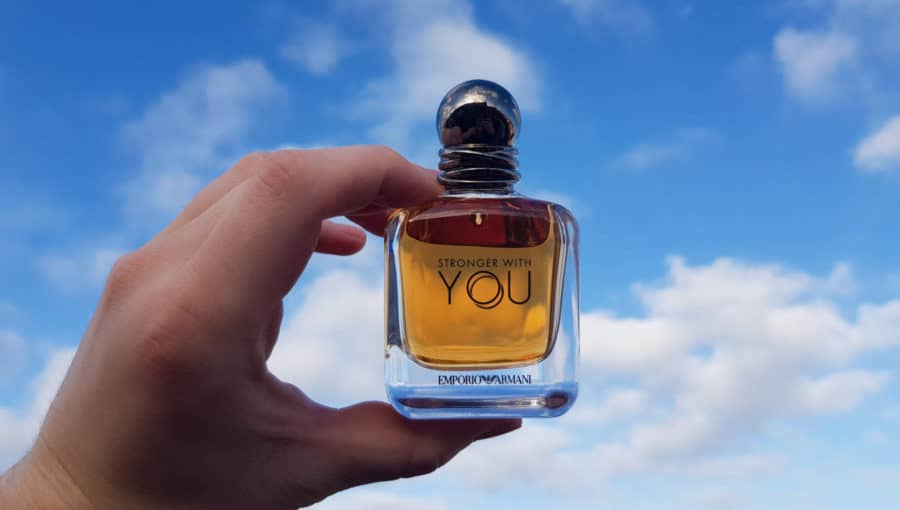 Emporio Armani Stronger With You is a gorgeous fragrance with a sweet and nutty scent. This one won’t smell that similar to Paco Rabanne One Million, but it’s definitely a fragrance that fills the same needs.

The top notes of Emporio Armani Stronger With You are mint, violet leaves, pink pepper, and cardamom. The middle notes are cinnamon, lavender, pineapple, melon, and sage. The base notes are guaiac wood, amberwood, vanilla, cedar, and chestnut.

Emporio Armani Stronger With You opens with a beautiful scent of sweet vanilla, supported by a warm scent of chestnut. The chestnut gives off a nutty, creamy scent that makes this fragrance not only unique but also more mature and luxurious.

After the opening, some warm spices are added, providing the fragrance with some depth. In the base, a nice layer of woody notes is present, leaving you with an overall stunning scent of sweet vanilla, warm spices, and that unusual chestnut note.

Just like Paco Rabanne One Million, this fragrance is perfect for the colder months, where you can wear this pretty much all the time. This fragrance has a more mature and luxurious feel that will make it work great in the office or any other formal setting, but it also keeps that seductiveness that makes it great for day and nighttime wear.

Versace Eros is perhaps best known as one of the better youthful fragrances on the market. As we mentioned above, so is Paco Rabanne One Million.

The top notes of Versace Eros are lemon, green apple, and mint. The middle notes are ambroxan, geranium, and tonka bean. The base notes are cedar, oakmoss, vetiver, and vanilla.

Versace Eros opens with a beautiful, sweet scent of vanilla and apple, balanced out by a cool scent of mint. Shortly after the opening, the note of geranium starts to appear, also giving off a cooling scent.

The mint and geranium, however, do start to fade away as time goes on. This will leave you with a beautiful scent of sweet vanilla and creamy tonka bean, leaving you with a truly stunning sweet fragrance.

Even though Versace Eros is a sweet fragrance, it can actually be worn all year long. Just make sure you apply a little less during the warmer months. Throughout the year, this fragrance fills similar needs of that of Paco Rabanne One Million. This one will be perfect for dates, nights out, or for everyday casual wear.